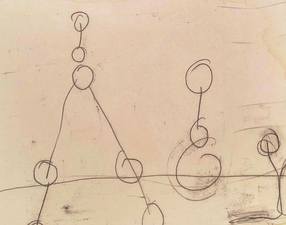 This exhibition revisits drawings on canvas and paper that reference the unusual childhood of the artist as he was part of a Connecticut-based family of circus acrobats that performed across the country. Morgan attended the Vesper George School of Art in Boston. He later moved to Charleston, Maine for several years, where he lived in a grange hall that he bought and restored before returning to Connecticut where he currently resides. Among his recognitions are grants from the Pollock-Krasner Foundation, the National Endowment for the Arts, and the Adolph Gottlieb Foundation. His work is in many fine private and public collections including the State of Connecticut Artists Collection.